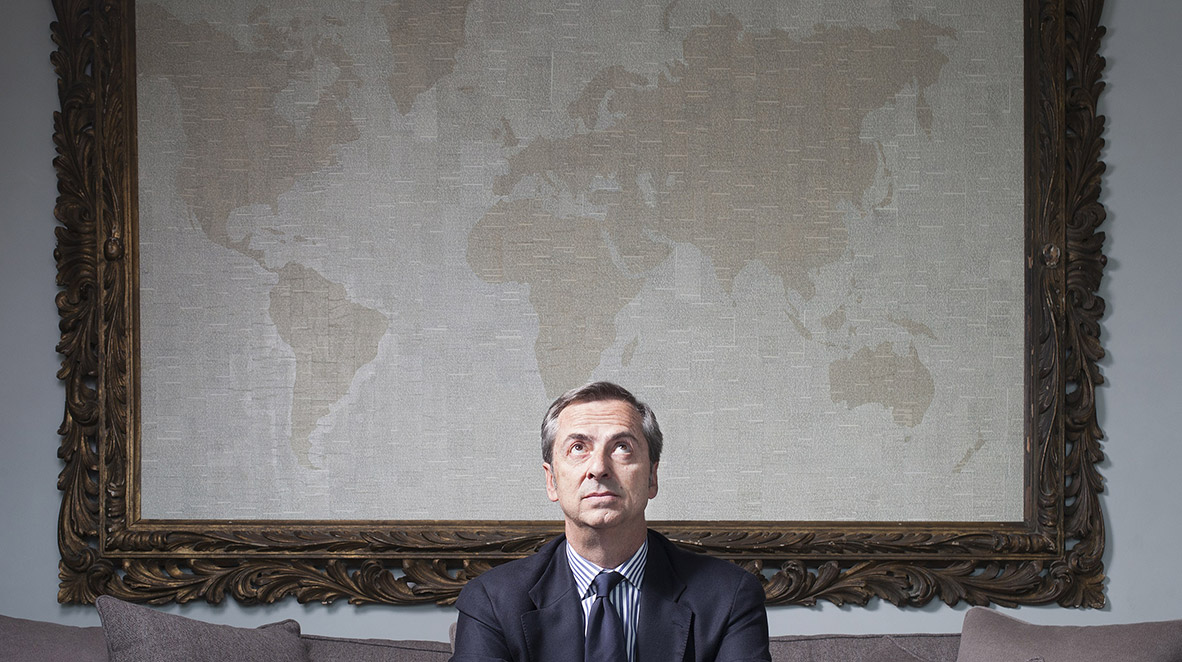 Carlo Traglio, owner of the Italian house, creates unique and powerful pieces that bear the imprint of his culture as a collector.

Vhernier’s jewelry is not artist’s jewelry. It reflects the broad spirit, taste and culture of an art collector. Instinctively put together over more than forty years, Carlo Traglio’s collection defies classification, as it associates pieces from the 16th century with those from the 21st century, and includes works by both known and unknown artists alike. A Roman marble torso rubs shoulders with Saint George slaying the dragon, Ibu works and paintings by David Hockney and Julian Schnabel, of which he is an “absolute fan”.

A subtle blend of classicism, Futurism, Pop Art and modern expressionism, his collection is an infinite source of inspiration for the jewelry he creates. There is never any question of copying or of a literal interpretation. The abstract pieces twist and reinterpret the references in a way only those in the know can perceive. The volumes are inhabited, enlivened. They take shape in geometric and dynamic forms with ripples, pleats and colors that reflect the innovative materials and techniques used.

The sleek shape of the “Tourbillon” ring is a great success along with “Twist” and “Abbraccio”, the icons of the house. They seem to have been frozen in full motion.

The construction of the “Tourbillon” ring evokes a slightly offset mechanical gear. The art movements of the 1920s such as Novecento and Futurism, of which Boccioni and Balla were part, directly inspired it. The incredible forms of their pictorial representations of light, movement and speed were key elements in the creation of all these rings. We also find the influence of Brancusi, his sense of minimalism and abstraction.

The “Bridge” bracelet recalls the work of Lucio Fontana?

I started buying the works of this Italian artist more than thirty years ago when he was not yet internationally known. At the time, his powerful and majestic gesture of slitting a canvas impressed me a lot. He summoned up feelings of both freedom and suffering. Looking at these paintings, I wondered how to recreate this gesture in a jewelry piece.

One of the most recent collections, “Volta Celeste”, doesn’t draw inspiration from contemporary art but from the sumptuousness of the Sistine Chapel.

The Vhernier team and I were lucky enough to spend an hour and a half alone in the Sistine Chapel. I lay down and assumed the position of Michelangelo who had painted it in the 16th century. It was so exceptional; we talked about it for three days after! I wanted to create a sky starred with colors. Obviously, it is not a literal reproduction of this wonderful work.

Your workshops have developed a technique to get incredible plays of light on stones. You have achieved the effect of Hockney’s blue swimming pool!

In any case, it was the work of David Hockney, a painter of genius and an absolute master of color, who gave me the idea. These changing colors, unimaginable in nature, are obtained using a superposition of stones. For example, from rock crystal over an opaque stone such as malachite, lapis-lazuli or even sugilite. The iridescent or moiré effect changes according to the angle from which it is seen: in profile, the eye sees only the crystal. Fun figures such as the caterpillars, shells or toucans are more inspired by cartoons.

“Blue Velvet” is one of my favorite pieces … The titanium folds and undulates as if it were a velvet ribbon.

Why did Alberto Burri use a blowtorch so that the plastic and the wood broke down while preserving the burn marks? Basquiat gleaned his wooden panels from the street. Subverting the nature of materials is at the center of many contemporary artists’ approaches. In the same way, we do our research to go beyond the limits of jewelry. This leads to the use of ebony, jet (fossilized plants) or the titanium used for “Blue Velvet”. It took two years to get this color and this pleated effect which, like facets, creates a shimmering effect. This unique piece has been reproduced in orange titanium with a garnet but there is no question of doing more, despite its success. Vhernier’s vocation is to preserve this exclusivity that contributes to its success. 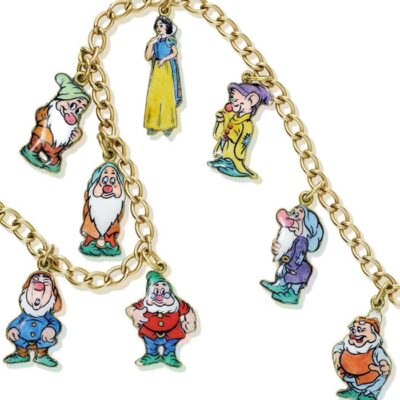 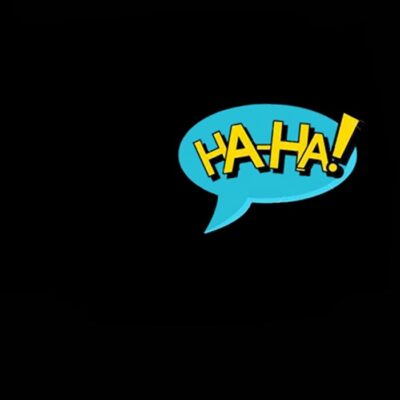 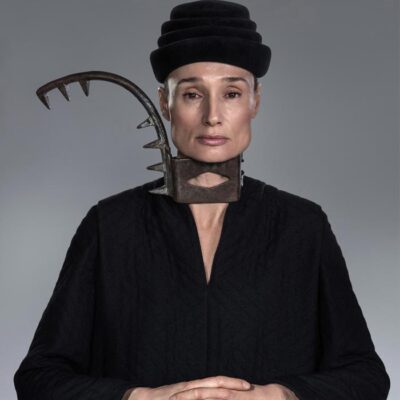 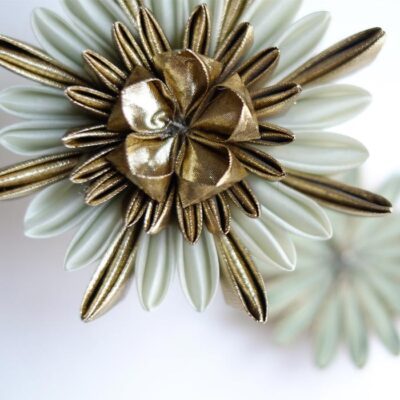 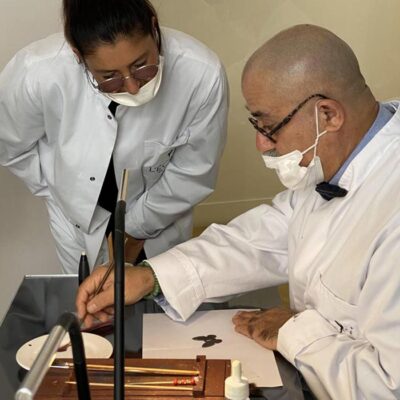 Isabelle Stanislas at The School of Jewelry Arts 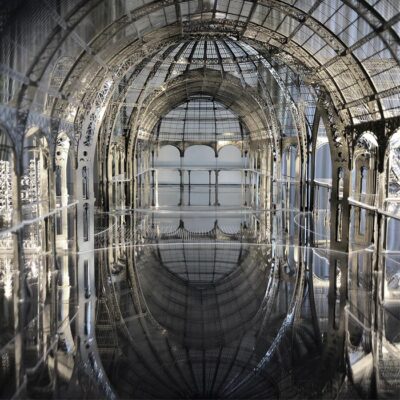