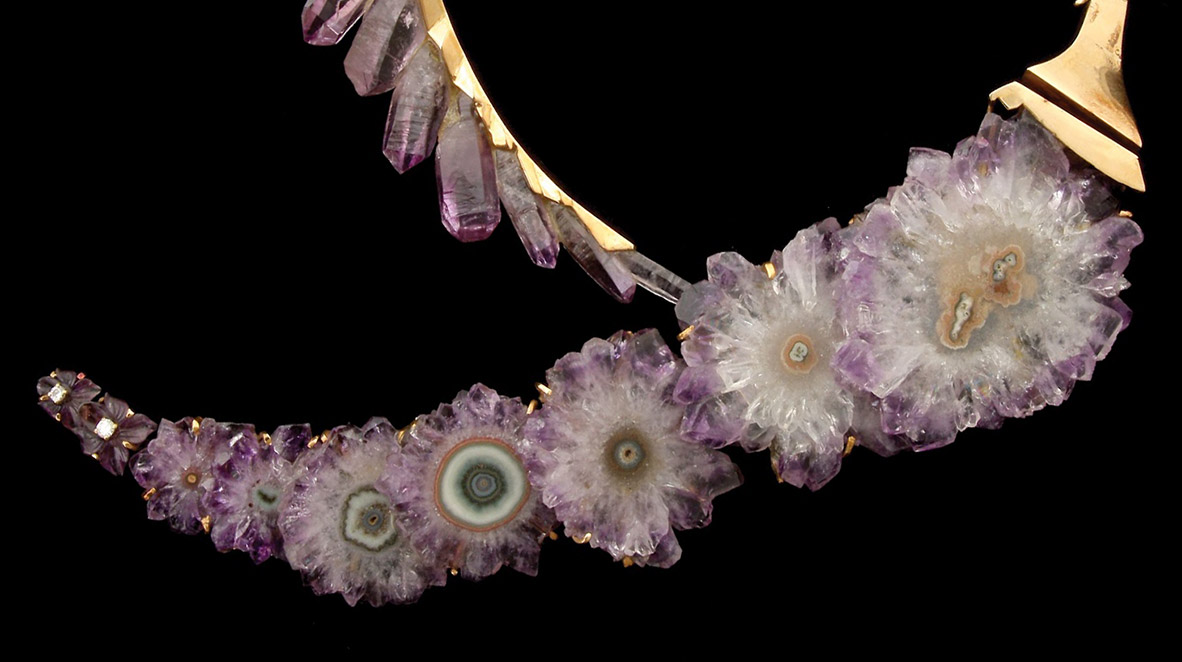 How could we not pay tribute to this French jeweler who died just a short time ago? Although largely unknown to the general public, throughout a career lasting 50 years he opened many new doors for contemporary jewelry.

I had the pleasure and the honor to meet Jean Vendome, once, in the early 2000s when I was just getting acquainted with the history of jewelry, its principle contributors and its trends. He, despite a setback due to a car accident in the early 1970s, still officiated in his boutique at 352 rue Saint-Honoré. At this moment he recounted his story, that of Jean Tuhdarian (his real name), who was gifted in drawing and apprenticed at 13 years to his uncle.

An Armenian in Paris

“My style was built primarily upon lots of imagination to compensate for a lack of means,” he explained. His abstract and hypertrophied compositions evoke both New York architecture and romantic flowers. They were all made using stones of modest value, which were used in-the-rough to make the most of their particular characteristics shaped by nature, by anomaly … White quartz evoking snowflakes sits alongside agate characterized by its imaginary landscapes. On a necklace, the slices of watermelon tourmaline form a stained glass-like polychrome progression. A lack of means surely, he used voids to structure his compositions and give them a dynamic lightness.

The meeting with Roger Caillois

This sublimation of the void typical of the “5th Avenue” ring caught Roger Caillois’s eye and he chose Jean Vendome to produce his academician’s sword in 1971. A museum piece with its moldavite handle and its blade like a gemstone stained glass. How could it have been otherwise? The two shared the same passion for unusual minerals and especially those strange ones characteristic of Jean Vendome’s jewelry. Roger Caillois even devoted a wonderful poetic work to them entitled The Writing of Stones, in which he describes with extreme precision and in an immensely poetic way the beauty of agates. For hours, Caillois watched Jean Vendome working. Together, they tracked down that surprising stone in stone sellers’ crates at markets and fairs like those in Idar-Oberstein or Tucson. They snapped up specimens and proffered their views on a particular one’s geometry and on another’s color.

Creations of a crazy modernity

Jean Vendome constantly drew and he unceasingly created, even during the long months spent in his hospital room where he had a sterilized work bench installed … In total, he created around 30,000 jewelry pieces, most of which were unique because he did not “see the interest in copying any single emotion”. He revolutionized ways of wearing jewelry with for example, the “Ferret” ring, subsequently acquired by the Museum of Decorative Arts, which takes the form of a long articulated triangle worn pointing towards the wrist to give the impression of lengthening the finger. His “Cravate” necklace goes right down to the navel. His jewels fold, their elements interlock and sliding systems allow the stones to be interchanged. In 1986, with the “Compact” model he created an ingenious, highly technical set featuring a ring, earrings, two pendants and a bracelet, bringing the number of possible wearing combinations to twenty-one. The diamond is hidden inside the jewel so as to be visible only to the wearer. He engraved a design on the side of the little-finger ring. So many ideas in vogue today.

My only regret is not to have taken the time to see Jean Vendome once again. True, I’d found it difficult to really appreciate his work. Yet, I immediately loved such pieces as the “Centurion” necklace made up of amethyst crystals evoking flowers, the pendants in dendritic agates recalling landscapes or the “Stained Glass” pin. Others I disliked, less immediately accessible and requiring just a bit more time with their dollops and drippings of gold and the motley mixtures of mottled marbled stones. The “Crater” ring from the 1950s, the “Bulles et Boules” necklace or the “Engrenage” pendant in baroque pearls could summon up ideas of craftsmanship at its worst … Jean Vendome said, “with beauty, we find commonplace solutions. We must go beyond them because there is more beauty in what’s unsightly to work on to bring this beauty out”. Today, this is what I love and this is what gives these pieces their strength in a world where jewelry is produced to please the greatest number of people. 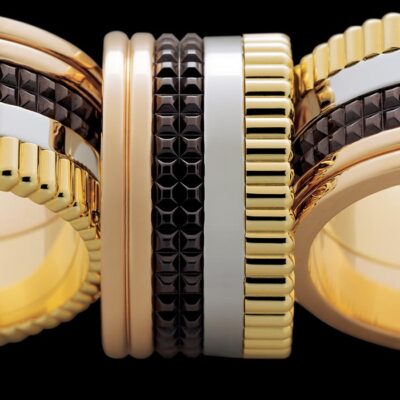 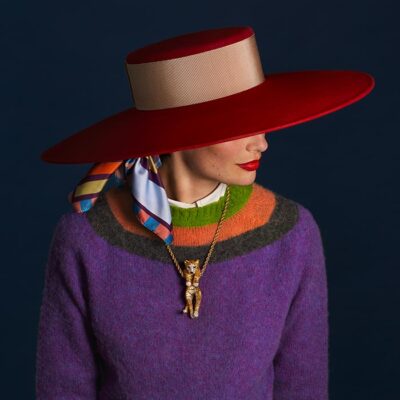 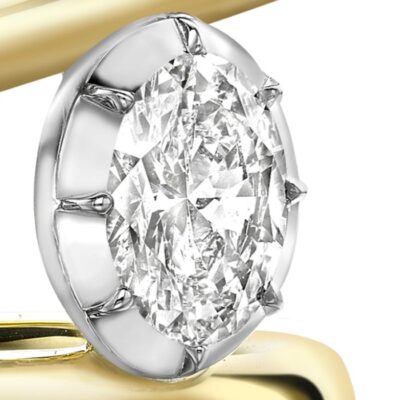 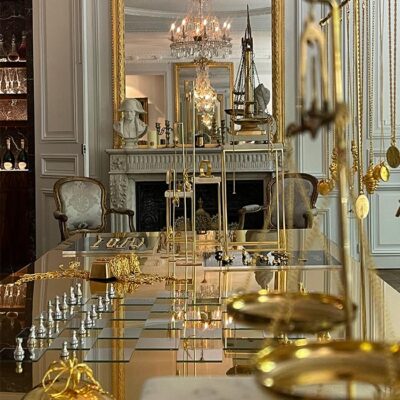 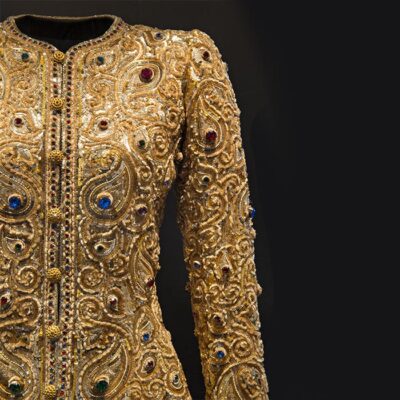 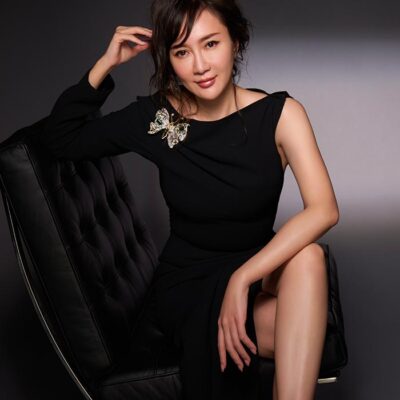