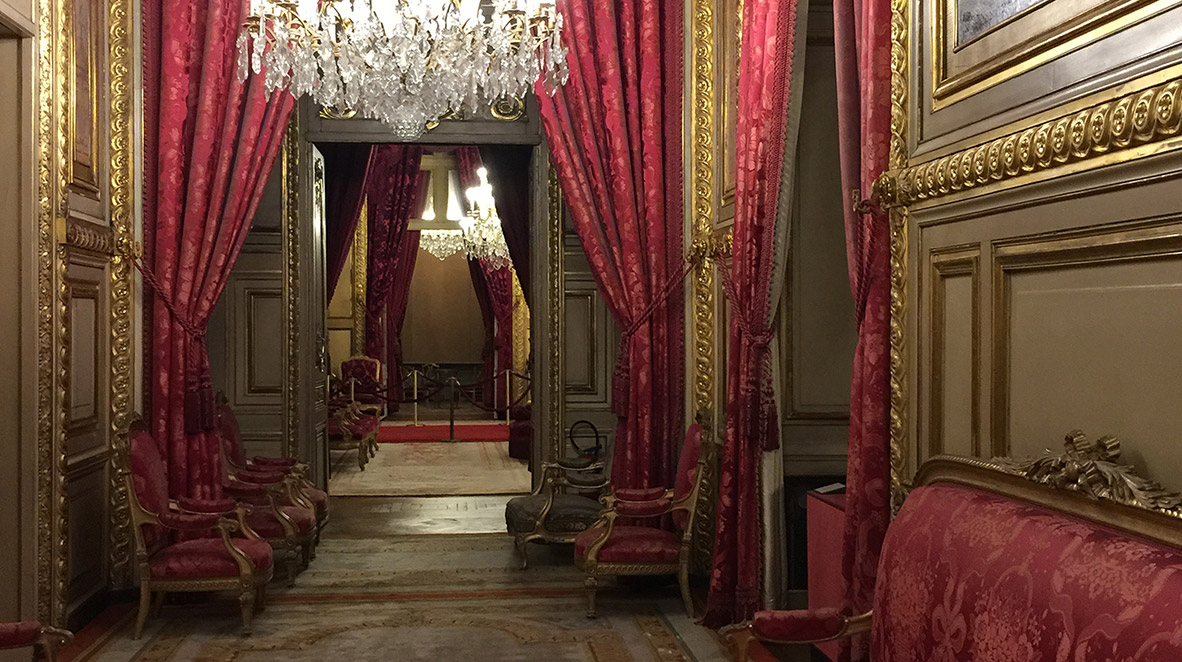 Among the Crown Jewels Eugenie wore, only a few escaped the disastrous auction organized by the Republic in 1887. Exhibited near Napoleon III’s apartments, they are a testimony to the splendor and virtuosity of the jewelers of the Second Empire.

– The “reliquary brooch” made by Alfred and Frederic Bapst. The diamonds forming the butterfly wings are the Mazarins 17 and 18. Curiously, the third largest diamond was the fourth button of Louis XIV’s jerkin before being transformed into an earring for Marie Antoinette.

– In chased gold, the crown made by Alexandre-Gabriel Lemonnier is composed of arches in the shape of wings alternating with palmettos. It managed to escape the sale of the Crown jewels because, in 1875, the Empress received a reimbursement of an amount the Republic owed Napoleon III.

– In vermeil, this diadem in pearls and diamonds made by Alexandre-Gabriel Lemonnier is the one Eugenie wears along with an eight-row necklace and a bracelet in Winterhalter’s portrait of her.

– This bow with two pompoms and tassels, worn as a stomacher, was one of the Empress’s favorite jewelry pieces. Composed of 2,634 diamonds, this masterpiece was originally the centerpiece of a belt and perfectly illustrates her taste for adornment.

– The shoulder brooch made by François Kramer spent more than a century in an American collection … Acquired in 2015 by the Louvre, it is part of a set of four brooches Eugenie wore during the Second Empire. Both round pearls, the five pear-shaped pearls and the seventeen large cushion-cut diamonds were part of a piece belonging to the Empress Marie-Louise. 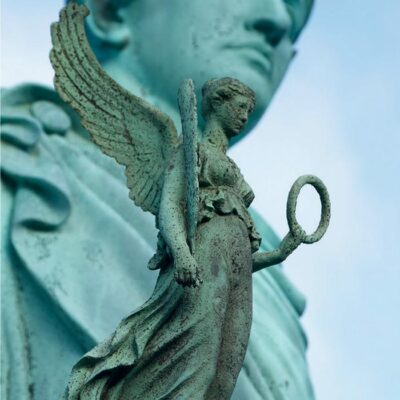