Home > My Agenda > The exhibition “Drawings Without Reserves” at the MAD, Paris

Among the 500 drawings presented in an alphabet book, the ones for jewelry do not appear under the letter J… Look for them, rather, under R and A:  Receive and Appeal.

For the first time, this exhibition presents the MAD’s collection of drawings. “This collection of 200,000 drawings from the 15th to the 21st century, one of the world’s most extensive, is far from having been entirely studied and inventoried,” says Bénédicte Gady curator of the exhibition and Heritage Curator in charge of the Graphic Arts Department. The alphabet book approach illustrates the variety and profusion of these designs for architecture, gardens, porcelain, fashion, and so on. Most were donated by the producers and artists themselves.

At the entrance, a huge map indicates the extent of the collections with different-sized circles. With jewelry, the richest are those of Templier, Robin (a company famous in the late 19th century, then completely forgotten), Dusausoy, and Gaston Chopard (the forerunner of Caroline Scheufele). The largest is still Fouquet, founded at the end of the Second Empire by Alphonse, who was succeeded by his son Georges (known for his collaborations with artists like Mucha and Cassandre) and his grandson, Jean. Between the three of them they account for 20,000 drawings, more than half of which are lying dormant in big boxes piled up in the reserves.

The jeweler’s drawing: a work of art in itself

Produced in watercolor, gouache or graphite on tracing paper, a jeweler’s drawing is chiefly a tool for indicating measurements, materials and sometimes comments for the craftsmen in charge of making the piece. Yet they look like works of art! The fine details of the “pea pod” aigrette from the early 17th century (the oldest) echo those of a devant-de-corsage representing lilies. The drawings from between 1925 and 30 by the painter Léveillé, the architect Eric Bagge and the poster artist Cassandre are genuine Cubist paintings. One of the most extraordinary is that of a Dusausoy barrette, where the highly subtle shadow work is obtained by superimposing tinted papers. Even the signature is stylized!

Fouquet: from the drawing to the finished piece

“Fouquet’s drawings enable us to make comparisons with the jewelry belonging to the museum’s Jewelry Gallery,” says Florent Guérif student and researcher in the history of jewelry who is writing a thesis on this dynasty of jewelers. The most interesting example is a Renaissance-style carved gold sphinx holding a watch. This piece is accompanied by all the stages of creation, from the design and the gouache version to the plaster holding its imprint. This is particularly rare and shows us how a piece was simplified for technical reasons or cost issues. To be admired unreservedly.

“Drawings Without Reserves” until 31 January 2021 at the MAD, Paris

“Behind the Scene at the Jean Vendome exibition”, The School of Jewelry Arts

Gouaches of tiaras, Chaumet at the Salon du Dessin 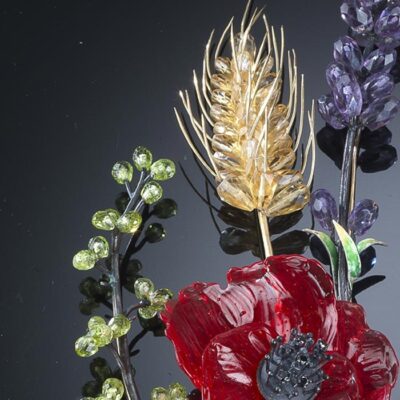 Luz Camino at the PAD

First Spanish designer Luz Camino presents her high jewelry creations for the first time to the Parisian public. Head over to the Second Petale stand at... 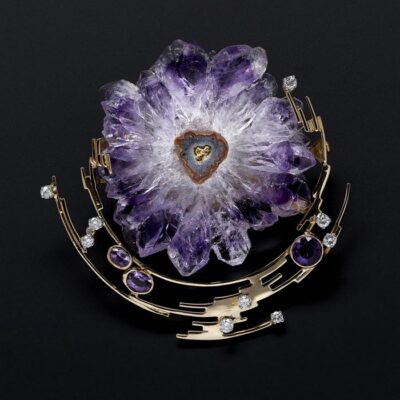 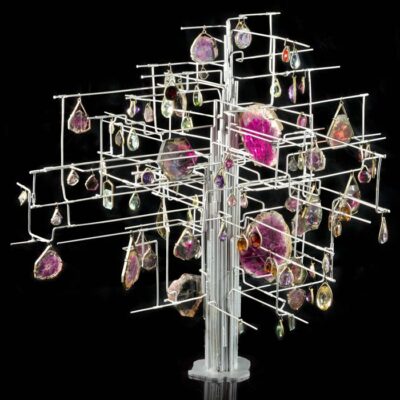 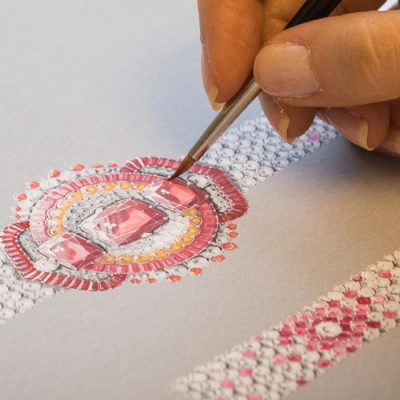 The School of Jewelry Arts is now offering courses and practical workshops in very small groups. If anything, this enhances its core message: coming... 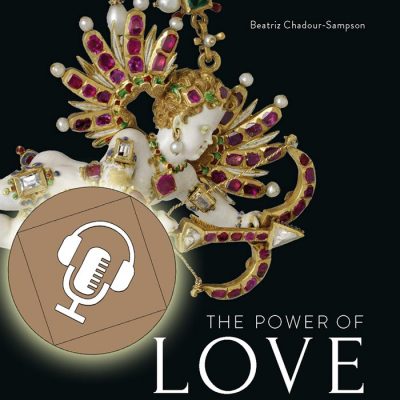 The quality of the Les Enluminures jewelry podcasts is due to the level of expertise of the speakers. 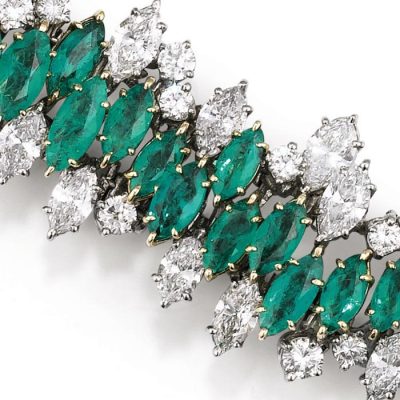 The Mellerio sale at Sotheby's Paris

Sotheby’s Paris is offering a set of jewelry from the private collection of a jeweler. This time, the spotlight is on Mellerio, the world’s oldest jeweler,...